Twitch.tv is one of the most popular live streaming gaming sites on the internet, and if you are an avid “twitcher” like me, then you may want to read this before you decide to stream again. Over the past few weeks, there have been reports of streamers being swatted while broadcasting. If you don’t know what being “swatted” means, it is the act of local authorities (such as SWAT) raiding the broadcaster’s home; guns locked and loaded.

No, this is not a joke. In fact, it has actually been happening for a couple of years, but it has just occurred again recently and been uploaded on Youtube. If you are a gamer, then you know that there are trolls in the online community, but I bet you would’ve never thought that these people would sink so low just to get attention. So far there have been two streamers — Calebhart and N0thingTV — who have recently been the victims to this sick act of a prank. Luckily, neither one of the streamers were arrested or hurt, but had quite a bit of a shock when SWAT raided their house.

But that isn’t the most shocking part of the incidents. When the streamers were being swatted on their live broadcast, the perpetrator was also streaming; still on the phone with the authorities, making bomb threats and threatening to kill police and innocent children. Calebhart who, at the time, was explaining the situation to officers, received a donation message that popped up on his stream; telling him to click the link within it. That link took Caleb to Ustream.tv where the perpetrator was broadcasting, while  he continued to make threats and occasionally muting himself on the phone to laugh out loud.

The police then tuned in to the stream to hear what was going on, when an officer stated that the voice he heard sounded familiar, but no further information was given if the officer knew the perpetrator. Now, in theory, this article and other articles regarding these incidents are only giving these people the attention that they don’t deserve, but I believe that it is very important to keep those who use Twitch.tv informed and aware of the events that are taking place. It seems that this is becoming a common occurrence (especially in first-person shooters), and anyone at any time can be swatted without their knowledge. So make sure that you share as little information about yourself as possible, and be weary of whom you make upset or angry.

At this point, I am sure you might be wondering if the perpetrator has been brought to justice, however, no information has been given to lead us to that conclusion. While some might think it’s easy to track him by his IP address, the difficulty may increase if the perpetrator was tech savvy enough to cover his/her tracks. Either way, keep in mind that this type of thing can happen to you any time you start-up your stream; especially if you have a large viewer base. But If it does happen to you, remember to stay calm and cooperate with authorities. 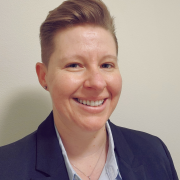 Krystal Cilch
Krystal is dedicated Battlefield player who works full time for a communications company. With a degree in Network Systems Administration, she currently is pursuing her certifications in Information Technology; while doing game reviews and editorials for OnlySP, in hopes to take her career into the Gaming Industry world.

Xbox One Partners Up with Unity for Indie Support

Rise Of The Bank Raider