The annual Steam Sale is set to begin on the 11th of July according to an email circulating around the internet. The email is believed to be from Steam support but as of now it is unconfirmed as to whether or not its legitimate. The email states to the customer to take note that the Steam sale starts on July 11th. 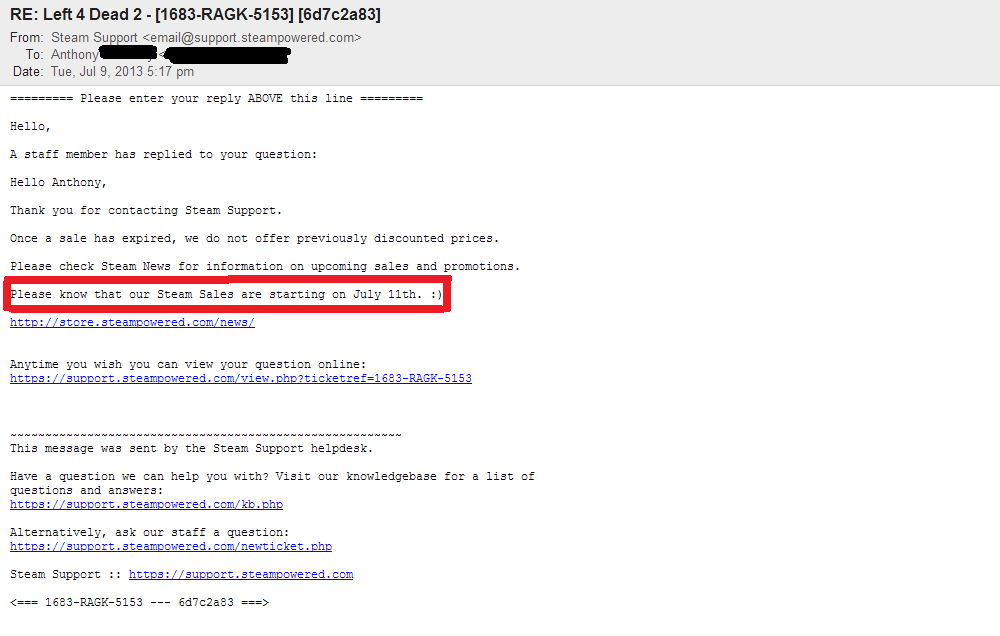 A couple things point to this being the date- midweek madness ending on the 11th of July at 10AM PST in place of the standard 4PM PST. Also a Russian online payment system that’s used to purchase items on steam sent a message to its customers offering to deposit funds into their Steam wallet ahead of July 11th. The same happened with another payment system titled Yandex.Money with the same message being sent to their customers.

This comes after much speculation as to the date the Steam sale would take place. We still have to wait and see if July 11th is the correct date, as many gamers will be hoping.

FFXIV May Not be Coming to Xbox One