The last Hearts of Iron game to release was way back in 2009, but come D-Day June 6th, 2016 Hearts of Iron IV will make its debut for the hardcore strategy/history buff community. The game starts out at $39.99 which is a bit cheaper than most AAA games these days, but when you consider the inevitable DLC and expansion packs to release later on (as was the case with HOI3) the MSRP is not much of a deal.

Well, you need not pay even $39.99, in fact you can turn to GMG who is hawking Steam keys with a 25% off Hearts of Iron IV deal. The price cuts the Standard “Cadet” Edition down to only $29.99, and also works on the cosmetically enhanced Colonel and Field Marshal Editions of the game.

Yes, the Colonel and Field Marshal Editions are mostly just cosmetically superior. There will not be some extra crazy exclusive item you’ll miss out on, just unique looking models – and mostly for tanks. The Colonel Edition of the game includes everything in the Cadet plus a Colonel Paradox Forum Icon and six cosmetic DLC packs. Each cosmetic pack includes 8 unique looking models in the game: 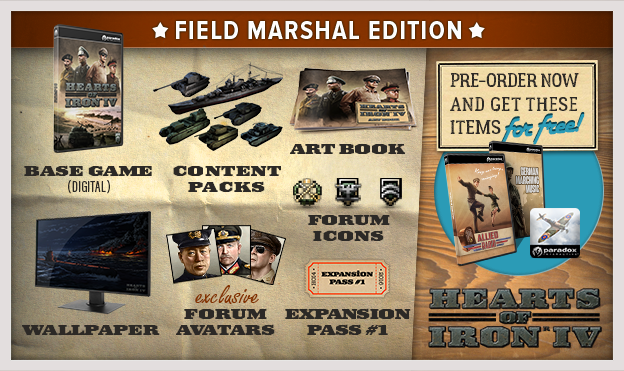 The Field Marshal pack is all that and a few extras. There is an exclusive field marshal Paradox forum icon, an avatar, and the most important premium of all – Expansion Pass #1. This Expansion Pass #1 means you’ll get the first two planned expansion packs to Hearts of Iron IV absolutely free. The first two expansions are estimated to cost $49.99, so some serious savings to be had here over buying separately at full price ($23 savings buying with today’s coupon).

Should you spring for the Colonel or Field Marshal packs? Only if you’re a hardcore fan of the Hearts of Iron series. If you’d rather get your toes wet and try out the game before getting invested buy the Cadet first.

Animal Crossing: New Horizons Will Have a Save Transfer Service