Sang Froid is ultimately an interactive folk tale full of supernatural creatures and humour; with a unique blend of action based gameplay mixed with tactical style gaming that provides an interesting take on fighting waves of werewolves in the frozen forests of Canada.

Sang Froid sets gamers in the role of a family having to fend off wolves, werewolves and many other creatures sent forth by the Devil himself in order to take down the younger sister, Josephine. You play as either of her two lumberjack brothers and selecting either of which will change the difficulty that the rest of the game will be – Josy O’Carroll being the normal difficulty, whilst walking in Jacky’s shoes provides a more difficult challenge. Moving through a series of nights set in in December 1858, starting from December 5th through to the 24th, Christmas Eve, successfully surviving each night moves the story along a chapter. The calendar also shows the moon cycle: from the new moon through to the Blood Moon, more commonly known as a Red Moon, which will bring the Maikan Warrior werewolves who have even less weaknesses than the ferocious werewolves that become a common sight down your rifle’s scope. The Maikan also foretell the coming of the invisible demon that unleashes hell on Earth when it arrives, and with the lunar changes progressing to Quarter Moon, Half Moon and eventually Full Moon, you can bet your attackers will become stronger, more numerous and eventually bring all sorts of evil with them.

Sang Froid combines a whole host of gaming styles which delivers a blend that fits surprisingly well. From actual action, shooting rifles and swinging axes, which can be improved upon by either purchasing better weapons in the town or better ammunition or even by going to a Convent in town and getting a holy woman to pray over them and give them an edge when fighting these demonic creatures. There are tactical elements in order to prepare for the next battle. With wave after wave of enemies coming at you, you can view their numbers, waves, starting points, paths and set up various traps. These traps range from simple bear traps to fire walls which block enemies’ paths, forcing them to either take another route or damage themselves when passing through the flames.  And lastly RPG style skill trees to bridge the gap between the two, allowing you to level up your abilities with Skill Points earned by defeating enemies and completing the night, both Special and Basic. Some of these abilities include Marksmanship which allows for faster reload times or increasing your Shout level, so that enemies can hear it from further away and intimidating them more, which in turn, slows down the rate they attack but draws them to the spot you were standing in when you Shouted.

Completing each chapter or night on the calendar, a new element will be brought in, maybe a new tactic or a new trap, and every now and again a new enemy with unique defense abilities that make them harder to kill or require a very specific method of attack in order to defeat.  Dying or failing the night through losing one of your property assets such as your house, the barn or the saw mill, means the night will start over and you can choose to start from Twilight – which will allow you to start the night over with all your traps still in place. If you start at Dawn, you can replace any traps, purchase new things in town and allocate Skill Points on the Skill Tree. Sometimes starting from Dawn is the only way as you need to make adjustments to your traps and so on. However it can become a tiring experience as often the game will let you know of any new aspects to the map that are noteworthy on the strategy board – a new path opening up due to some water freezing over – having to go through this multiple times can be extremely irritating.
The town offers an assortment of items from eau de vie, beer or whiskey from the Hotel-Saloon, each of which will either restore some life or make your attacks stronger, or you can purchase new weapons such as axes from the Blacksmith or rifles from the General Store. Finding money for these assets can be difficult, considering you are awarded a small amount of money for each beast you kill, but also can earn money through chopping lumber at the saw mill. However, doing so will cost you Action Points which are required in order to place traps and so on at the Strategy Board and so a juggling act must be maintained in order to survive.

There is a unique look that really emphasizes the folk tale feeling throughout the game. Most notably the skill of the visual artists is shown off during loading screens where tips and hints are suggested, there is also usually a run-down of a new enemy with some outstanding image depicting the beast.  The colours suit the story and surrounding environments very well, with most of the surrounding forest hidden in darkness and shadow, providing a slight hesitancy when roaming along the snow white paths in the immediate area. However, the one major downfall visually for this game is that some of the animations are very basic and are ultimately a disappointment with everything else being so immersive and well executed.

Creating an atmosphere that truly captures the essence of the game overall, the score is something that really stands out and manages to hold its own in a world of forgettable background blur that can often accompany such titles. The intro music on the loading screen actually became one of those tunes that sticks in the mind long afterwards, with its upbeat and cheery folk music. Sound effects do not get overlooked here either; the creatures have suitably apt growls for stalking then short sharp barks when they attacks, not to miss over the spine tingling howls from the wolves and werewolves.

Through combining multiple aspects of gaming including action, role playing and tactical style strategy throughout your time spent in the icy Canadian forests filled with folk lore and a tongue in cheek story that is still compelling at the same time, Sang Froid manages to deliver an enjoyable experience that will keep many entertained for hours on end. Fighting through waves of werewolves and demonic creatures sent by the devil himself becomes enjoyable but still a challenge at the same time which results in a nice balance not often found in an indie game. Sang Froid is worth some love and attention and will not be a game to regret playing, though may be a bit of a frustrating time for those not accustomed to strategy type gaming. 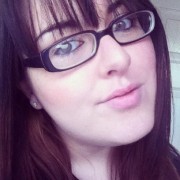 Rebecca Foran
That gamer girl in the UK. Lover of all games but especially horror and RPG’s. Getting scared silly by indie horror games for Let’s Plays on YouTube is one of her favourite pass times. Catch her on Twitter for her day-to-day game happenings: @SillyRabbit669

The Evil Within’s First 15: The Triumphant Return of Survival Horror