Phoenix Point, the upcoming tactical RPG from XCOM creator Julian Gollop, has passed the first stretch goal of its crowdfunding campaign, and added a third to inspire more people to invest.

At the time of writing, the campaign had raised a grand total of $658,311, ensuring that drivable vehicles will be included in the game’s missions. On reaching this goal, the development team at Snapshot Games unveiled the third stretch goal, set to be unlocked if the campaign reaches the $1,200,000 mark.

At this level, underwater missions will be incorporated into Phoenix Point, taking players into the seas to do battle with the game’s enemies in their domain. These quests will make use of custom equipment and weapons, with players entering structures built on the sea floor. Furthermore, the underwater missions will allow players to solve the game’s biggest mystery: the source of the mutative mist that has engulfed the world.

Before those missions are incorporated, however, the second stretch goal must be must be met, adding a floating fortress that allows players to penetrate deep into the mists, while also introducing a new type of defensive mission. These elements of the game will be included if the campaign passes $850,000.

To celebrate the latest milestone, the developers have revealed a new alien design that takes inspiration from arthropods: 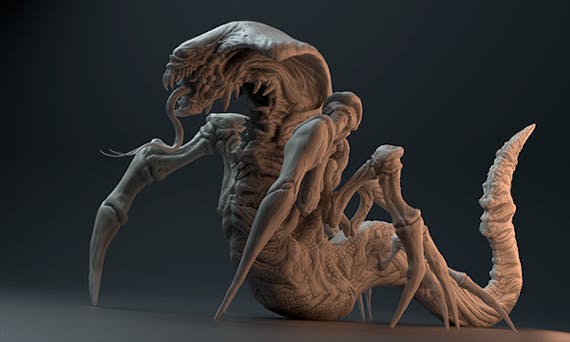 Phoenix Point was announced last month with the beginning of a crowdfunding campaign on Fig, seeking $500,000. Within a week, that goal had been passed and new stretch goals added. The game is currently expected to release in late 2018, exclusively for PC.

Snapshot Games was founded by Julian Gollop and David Kaye in 2013, and Project Phoenix will be the team’s second game, following 2015’s Chaos Reborn.

Damien Lawardorn
Damien Lawardorn is an aspiring novelist, journalist, and essayist. His goal in writing is to inspire readers to engage and think, rather than simply consume and enjoy. With broad interests ranging from literature and video games to fringe science and social movements, his work tends to touch on the unexpected. Damien is the former Editor-in-Chief of OnlySP. More of his work can be found at https://open.abc.net.au/people/21767

Seasons After Fall Review | Winter of Our Puzzlement