At PAX East 2020, OnlySP had the opportunity to interview Matthew Thorn, CEO of Whitethorn Digital, about accessibility in video games, the cost of game development in expensive cities, and his time working at Sony San Diego and Volition.

Thorn: So we didn’t really have a good word for what we meant by this, but everyone knows what we’re talking about. People think of Animal Crossing or Harvest Moon. People know what these are, but there isn’t really a good word for them. So we struggled with this branding for a really long time. We wanted to say casual, but that word has a connotation with mobile phones and that’s not really what we’re doing. We really stick to those two brand pillars: approachability, by which means that everyone can play the game easily; and digestible by which we mean you can stop and pause at any time without any punishment.

A relatively low stress game like Hearthstone can fail this test because you put it down, and then you lose. There’s a punishment for putting it down. We want people who can’t do that, people who have kids, or a job. We want them to just press the home button and stop. The stress-free part is simple. It can be a challenging game, but we don’t want to punish players or make them feel like they need to “git gud”. We have some challenging titles like Evan’s Remains, in the game’s logic. However, there’s options to skip the puzzles if you’re stuck, or skip dialogue if you’re not into that part of the story. We’re all about accessibility.

We have a special place in our hearts for folks who traditionally haven’t been represented in the industry. The LGBTQ community is very near and dear to our hearts. One of our titles, We Should Talk, features a non-binary protagonist, numerous romance options. Certainly, we’re not specifically looking for queer titles, but we have an extra feather in the hat for teams that wouldn’t traditionally have their voices heard.

OnlySP: Going off of that, I know that accessibility and difficulty is something of interest to Whitethorn. We all love games like Dark Souls, and its challenging nature has been a cultural touchstone for the industry. Can you describe your opinions on issues like these?

Thorn: I’m of the belief that difficulty is great. I played Katana Zero lately. It’s hard, but I love it! Sometimes I don’t mind the punishment. I’m not necessarily upset with difficulty. I think users should be able to experience things however they want to. Nobody is mandating that when you purchase a book that you need to read it in a certain amount of time, or speed read it, or read it when you’re on fire! There’s no mandate to how you experience that piece of medium. There are folks that literally listen to movies! They throw a movie on in the background at work and never look at the screen once! That’s completely up to that person. So for us, accessibility and difficulty is making sure you’re allowed to and able to adjust for challenges that meet an appropriate level of skill.

It can still be challenging, but it doesn’t need to be gated so that the level of difficulty is so high and adjustable that you need to have a certain amount of knowledge to enter the space. That keeps content away from people, and there are people who simply can’t do it. I think there is validity in the achievement hunting and the difficulty seeking mindset, but I want to make sure that folks who either don’t want that level of challenge or have a physical disability, have the ability to experience the content.

OnlySP: I want to talk about the location of Whitethorn Digital. The company is located in Erie, Pennsylvania. I spoke with other publishers in the past who have relocated to lesser known places that are outside of San Francisco, or Los Angeles, or New York City. Can you discuss what kind of impact moving to a city like Erie can do for indie publishers like White Horn?

Thorn: I’ve worked with Sony San Diego, mostly on the MLB the Show series, as well as Volition. As you know San Diego has a high cost of living, with your average apartment is in the USD $2000 range. And that’s for a relatively small place and you’re fighting traffic. For us, the quality of life wasn’t there. I loved the city, but living there was difficult for me personally.

It also makes it more difficult to take substantial financial risks. If you’re in Los Angeles, a $20,000–$30,000 short fall can literally make you homeless. You’re living on a razor’s edge to stay afloat even if you’re making a fantastic income. You can still be a few weeks without pay away from a soup kitchen. Taking an entreprenuel risk like, cultivating easy games, queer games, and games from underrepresented groups, is very difficult in a place like [Los Angeles]. If I’m wrong and this doesn’t stick, then I’m in a substantially difficult financial place. It has an existential effect on my family and my life.

Additionally, our runway is spectacularly long. If a game underperforms, it doesn’t destroy the company. We don’t have a venture capitalist breathing down our necks, and we can be very fluid with the choices we make and games we choose to publish. At the beginning, we took almost nothing in terms of revenue share, like 5%, just to get our name out. Now we’re at a comfortable 15%. We also pass the savings back to the developers we work with. Because our overhead and margins can be so high with such little spending, we don’t have to claw back 60%-80% of a developer’s revenue in order to make money. We have competitive leverage and provide developers support but we don’t operate in a place where our break even is like one million units. Simply, our employment costs are lower and our overhead costs are lower. Housing drives everything else up.

OnlySP: Matthew, I want to ask a little more about you. You’ve worked at Sony as well as Volition. Is there anything that you learned from working at those two companies that helped you with Whitethorn Digital?

Thorn: There are things I like about the AAA environment, some I don’t. At enormous studios, you can fall prey to crunch and layoffs. That’s not really present in the indie scene. You live so much in a studio because you’re surrounded by people with VERY different jobs. You become a jack of trades because you hear about people’s struggle over lunch. There are some people who are so specialized in various areas, you learn a crazy amount. There’s also the industry recognition, so if you move to a place like Erie and you say “I used to work at PlayStation”, people know that name immediately. That certainly helped in our initial credibility boost.

At the studio, we’re very strictly against crunch. I run around and close people’s laptops at 5pm. We have flex paid time off and take off what you need off. I learned about how games are made, but also pitfalls in the AAA scene that I don’t want to replicate at my studio.

OnlySP: You also very recently quit your job at Keyword Studios, in fact just last month! Can you describe to me what that was like?

Thorn: Keywords was a great place to work at! I worked for a small company they purchased called Player Research, doing analytics work. I found my niche in business development and I really enjoy doing it. I first took the job when I left PlayStation and my intention was to move back to Erie. I had Whitethorn and one little game. I moved home and worked remotely for Keywords and it was great!

Originally, we conceptualized Whitethorn as an incubator and bringing people from the local surrounding area. It didn’t take off in the way I wanted to, and the publishing model arose out of that. Slowly over the years, Whitethorn got more traction to the point where I was working two full time jobs. Now I go all in. It feels great! I take a much smaller salary than I made in California, but the quality of life is so much higher and the living is so inexpensive. It took almost three years for me to get to a point where I could say “Yeah this is a smart move”. 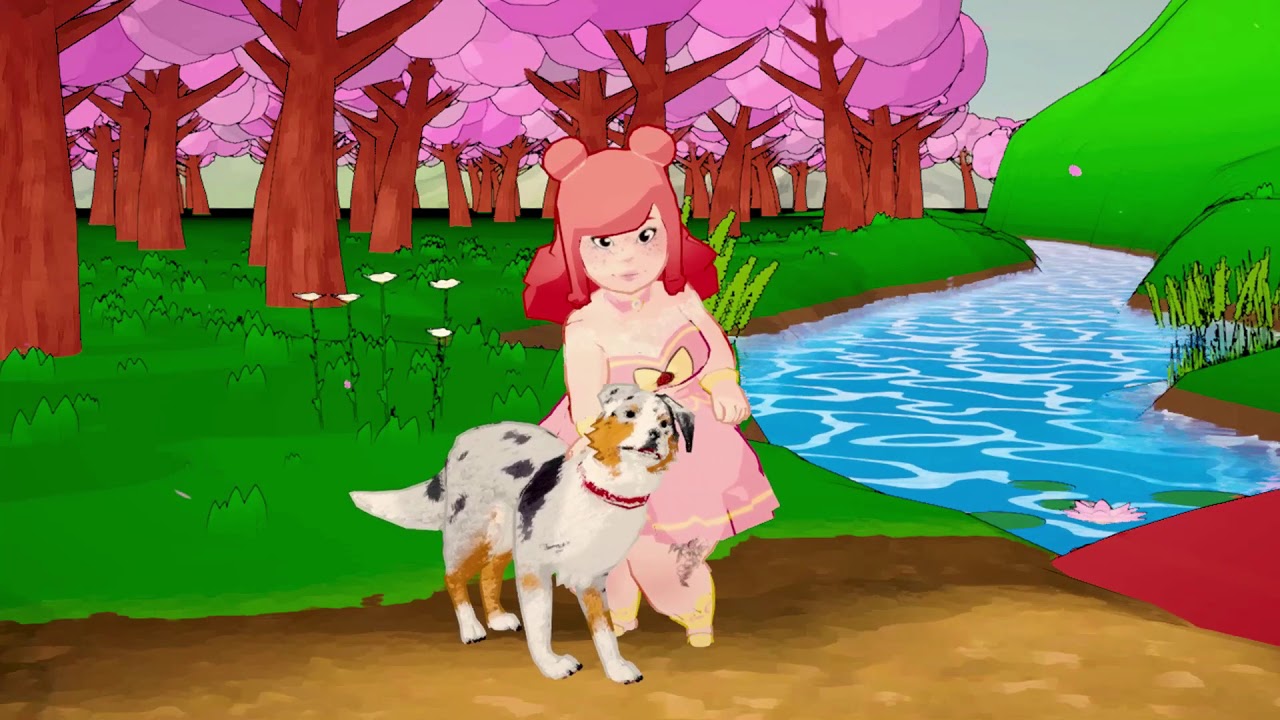 OnlySP: How did the name Whitethorn Digital come about?

Thorn: It’s simple! There’s three things in the name. The first and most obvious, is that it’s just my last name and my wife’s last name smashed together. I’m also a plant nerd. There’s a tree called a whitethorn acacia which I think is really pretty. That’s number two. Thirdly, when I was a kid, outside of my window was a branch tree that was very thin. It had little thorns, and in order for there to be snow on the branches, it had to snow substantially. Any morning I would wake up, look at the branches, and see the snow on them, I knew that I would be staying home and playing video games instead of going to school.

OnlySP: Where do you foresee Whitethorn Digital going in the next few years?

Thorn: Our mission is to be your provider of these pleasant and wholesome experiences. We really like to be the brand where people go “man I really dig Animal Crossing, I wonder what else I’d like?” and then our entire catalogue would answer that question. We want to cultivate that market of folks that don’t have nine hours a day to play games, or aren’t serious about being “gamers”, but still want to play games.

We don’t anticipate any venture capitalist activity or anything. I’m not going to say we won’t work with an economic development group or with state funds, but we don’t want to be that company that has aggressive growth with a 900 square foot booth. We embrace frugality and make sure the employees are paid more than they’re worth.

For more from PAX East 2020 and all the latest news from the world of single-player gaming, be sure to follow OnlySP on Facebook, Twitter, and YouTube. Also, be sure to join the discussion in the community Discord server