Nostalgia is a powerful weapon in entertainment. You only need to look at the amount of HD remasters and reboots being announced weekly across gaming, TV and film to know that much. Even Sailor Moon has made a comeback. One of the best things about having internet-connected consoles is the ability to spend our hard-earned money on titles we already own, and build a library of games we can swap between without needing to actually get out of our seats.

With the Wii, Nintendo did this extremely well. The Virtual Console spanned multiple systems across different generations, with everything from Ocarina of Time to, errr, Ecco the Dolphin all contained in just one box. Growing up in the 16bit era, this was the stuff of dreams.

With third-party support on the Wii pretty thin (shovelware aside) and Nintendo’s own releases spread too few and far between, it was their extensive back catalogue that filled in the gaps. To the older, more hardcore gamers, the Wii became the machine that allowed us to relive our childhoods. Nintendo knew they had an ace up their sleeve and supported the Virtual Console with regular updates, swathes of great titles – not only from their own vault of gems but once-rivals like Sega as well – and releasing classics for the first time in the States and Europe that you could previously only get through importing (and other dubious means we won’t mention here). In the eyes of many gamers, the Virtual Console really helped validate the Wii as a ‘proper’ gaming system, despite the public perception, and stopped the little white box gathering dust once we had burned through Mario Galaxy and given Wii Fit a quick go.

This is where last week’s Nintendo Direct comes in. If you missed it, here’s the gist: Nintendo announced N64 and DS games for the Wii U Virtual Console, with a handful of games for both popping up on the eShop shortly after. Whilst I’m happy the big N are finally making a move on something they should’ve done at least a year ago, my overall feeling is bafflement. Why release DS games on a home console and not for a handheld system, a handheld system that is the successor to the DS at that?

Armed with this question in mind, I took a look at the state of the Virtual Console on both the Wii U and the 3DS and wow, Nintendo have really dropped the ball this generation, and with what used to be their secret weapon.

Here’s how it stands: NES titles are available on both systems, but Super Nintendo games are exclusive to Wii U. GameBoy and GameBoy Colo(u)r games are only for 3DS, yet apart from a handful of ‘Ambassador’ titles for early adopters, you can only download GameBoy Advance games for Wii U. And, as I said earlier, N64 games (and a few original Wii ones) are only on Wii U, which is understandable, as are DS games, which is… less understandable.

In a purely graphical terms, GBA games on Wii U make sense. The usually cartoony 16-bit graphics hold up better than late nineties 3D models and they look pretty pleasant upscaled for both the Gamepad and a TV, even if it’s clear Nintendo are trying to push it as a feature people should use the Gamepad for. DS games can either be played only using the Gamepad, which is kind of cute but mostly feels odd, or with the Gamepad representing the bottom screen whilst the TV is the top. And it really doesn’t look good at all. On the smaller screen, DS games may have looked better than the N64 but the problem is these games were designed for a smaller screen – they don’t hold up the scrutiny of a 50 inch HDTV at all.

From a business standpoint, I can see why Nintendo are putting their Virtual Console focus mainly on the Wii U. Moreso than the Wii, the Wii U’s release calendar is even more sparse and Nintendo are trying to make the system more appealing by having these titles exclusively downloadable on their home console. The question is: are Wii Us really sold off the back of SNES and GBA titles? I doubt it.

Ideally, these games should be available for both Wii U and 3DS. The fact that NES games aren’t cross-buy when buying a PSone Classic from PSN lets you use it on a PS3, Vita and a PSP (if you still have one knocking around) is telling. In fact, Nintendo have only introduced cross-buy in the last few months, which shows how far behind they have fallen. Smartphones have been able to handle GBA and SNES games for years, and the Ambassador program has proved the 3DS can handle it. Isn’t a Wii U a more tempting purchase when you’ve got a library of games, from the NES to the DS, purchased on your 3DS ready to download to your new console for free?

Another gripe I have with the Virtual Console this generation is how many titles were available on the Wii Shop Channel but not the eShop. Have you ever put money onto your eShop account (or had some leftover) and thought ‘I really fancy me some Super Mario RPG’? You go onto the eShop, have a mosey around and realise it’s not there! You then have to boot up the Wii mode, find it on the Wii Shop and put money into your account AGAIN because in the last gen Nintendo were all about their own currency? Oh, and if you haven’t got a Classic Controller and a Wii Remote you can forget it, your Gamepad only works as a screen.

Once you’ve got the money and controller issues sorted you’re still left with the tedium of booting up an older console OS every time, which doesn’t take too long but it seems like an unnecessary step. Okay, there’s some testing you need to do and third-party licensing may be an issue but comparing this generation’s downloadable offerings to last generation really makes Nintendo look half-arsed about the whole thing. It’s just one of many examples of this company, one that presents a simple and clean (reference!) image, making its customers jump through hoops to do what should be uncomplicated things. We’re looking at you, 3DS to New 3DS transfer.

I don’t want to be one of those naysayers who preach that the Wii U is doomed, and the NX (whatever it is) is the final nail in the coffin and until then they will release the bare minimum to tide people over. It doesn’t help when Nintendo keep us in the dark about their plans. We’ve been finding out about the downloadable Wii games three at a time through the Directs, and we have no idea if downloadable Gamecube games are ever on the way.

It’s frustrating, because when Nintendo get things right, they really get it right. I totally understand the Wii U not capturing the public imagination like its predecessor, the Wii was a part of the zeitgeist of casual gaming going mainstream, and it’s a tough ask of anyone to recapture that lightning in a bottle success. It’s a shame to see some of the poor decisions Nintendo have made over the last few years, and especially the mishandling of one of their greatest assets – their stupendous back catalogue – even more so considering they got it so right last time round.

Even if we don’t get SNES, GBA and DS games to download on 3DS and cross-buy, at least give us Pokémon Snap on the eShop guys. Then watch the money roll in from that and finally, finally get to work on a sequel. Only when I can take photos of Luvdisc being attacked by apples to the head will all be right with the world. 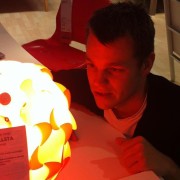 Joe Anderton
One of those British people, complaining about everything is part of the package. I like to think my claim to be fame is being a legitimate Pokémon master but most people would say it's that I look like Matt Damon.

It’ll Be A While Before We See Outlast 2

You Have to Check Out This New Adventure RPG, Little Devil Inside