An action RPG in the vein of Dark Souls, Lords of the Fallen is due out later this year for the PlayStation 4, Xbox One, and PC. For more information on German developer Deck13’s latest title, you can check out our exclusive interview with  Tomasz Gop here. 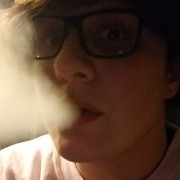 Kenneth Cummings
Ken was born in 1994, and before the turn of the century, he was already a gamer for life, starting with Pokémon Blue Version. He has a passion for storytelling, especially in the gaming medium. Growing up on a healthy diet of JRPGs and point and click adventure games, young Kenny grew up playing Nintendo and Sony consoles, before becoming a snobby member of the PC master race. Nowadays, he resides in a time warp, refusing to believe the nineties ended as he fills up his Steam library with old point and clicks and cRPGs.

Mortal Kombat X to Include Largest Roster Yet

First Big Update for The Forest Coming on Monday