Hellblade: Senua’s Sacrifice provides a fresh and interesting proposition. Ninja Theory is aiming for a Triple A experience via self-publishing rather than the backing of the larger company. This approach requires several chances to be taken but, if successful, has the potential to change the way video games are experienced going forward. Along with tackling the small task of redefining a genre, Hellblade: Senua’s Sacrifice attempts to offer a realistic portrayal of psychosis. The game follows Senua, who undertakes a journey of immense physical strain whilst battling with overwhelming visions that manifest as a consequence of her mental illness.

Hellblade’s gameplay delves into different video game genres. The first hour of the game is akin to ‘walking simulators’ with next to no combat and little exploration. However, the game morphs as the player progresses. Puzzles and combat both grow in importance and frequency as the game moves forward.

Puzzles are the initial interactive element in the game and they run in different forms throughout. The most prominent form of puzzle is the lining up of symbols and the locating of patterns to unlock doorways. This mechanic provides an engaging way for the player to explore their surroundings and give time for the narrators to deliver their multitude of stories. The puzzles evolve in the second half of the game when portals are introduced that manipulate the surroundings, allowing the player to reach their goals. The changes in surroundings range from locked doors being opened to fallen staircases being rebuilt. On completion of some of these puzzles a more frantic challenge—which requires finding a route through a fire-engulfed area—often follows. This element is interesting as it challenges the player to recall the area they have become familiar with during their exploration and to navigate through before Senua is killed by the encroaching fire.

Combat in Hellblade is an intriguing proposition and may divide players. The system is initially frustrating and feels different from the norm. Slight elements of Ninja Theory’s hack-and-slash style remain, but the team’s newest title incorporates elements of games such as Dark Souls by making dodges and parries paramount. Furthermore, positioning plays a significant role and is the primary learning curve the player must face. No GUI exists and the only cues provided to know if an enemy is about to approach from a blind spot is warnings from the voices in Senua’s head, but these are often drowned out by the sound of the frantic swordplay. To combat this shortcoming, manoeuvring to keep enemies at arm’s length and in line of sight is key. Along with parry and evade, the focus mechanic is possibly the most pivotal tool for dispatching swathes of enemies later in the game. Focus is acquired through executing parries and last second evasions. Once focus is built up, Senua can slow time for those around her, allowing the player to unleash a flurry of attacks on multiple enemies for a short period. As these elements become second nature, dispatching groups of foes feels empowering. Nowhere is this feeling harnessed better than sections that require Senua to tackle waves of enemies to make her way through a small area. In these cases, Senua marches defiantly as the player puts into practice all that has been learned. Viking chants break out and a pounding beat makes any given encounter feel like the grandest fight of all. Overcoming these levels conjures feelings of relief, a rapidly beating heart, and a massive sense of accomplishment. The previously mentioned battles do upstage the small number of boss fights in the game, but the boss encounters are not without interesting mechanics. The standard enemies vary slightly, but become instantly recognisable and slightly repetitive after a few hours in the game. The bosses provide a nice change in this respect, with various abilities and effecting ranging from teleportation and diving attacks to buffing and visual impairments.

A gameplay element that lingers over the game like a bad smell is permadeath. The game states at the beginning that should the player die too often then all progress will be erased and the journey will need to be started anew. The problem with this idea is not the combat difficulty, as any frustration gained here rests solely on the skill of the player. The puzzle elements that include death as a consequence of failure are where the issue lays as they often require trial and error to discover the correct solution. Consequently, having permadeath seems absurd when an element like trial and error is present and creates frustration not in keeping with the challenges in the rest of the game.

Senua’s journey is one of struggle and torment, revolving around her quest to uncover what has happened to her lost loved ones and determination to avenge them. This adventure brings together elements of Celtic and Norse mythology, putting Senua up against feared gods and their worshippers. The legends that surround these enemies only serve to enhance the feeling that Senua has an unaccomplishable task ahead of her.

The main vehicle for Hellblade’s story is narration. Exposition is provided primarily by an unnamed narrator and a man from Senua’s past named Druth. These narrators offer outstanding acting performances, providing varying levels of emotion and tension as they add detail and context to Senua’s journey. Neverthless, the soliloquies remain vague enough throughout to not deliver an explanation to all the mysterious goings-on on a silver platter. Finding runes will prompt one of the narrators to tell a tale of the mythology from which the game stems. Many of these stories are interesting in their own right but often relate back to Senua’s adventure and the central themes. A key theme of Senua’s story is her psychosis. Ninja Theory has put a lot of effort into trying to get this representation right. The episodes that Senua goes through are never portrayed in a way that feels over the top. Instead, the game brings the player into Senua’s experience of not knowing what is reality and what is a delusion by frequently mixing the two. Senua, as a character, is one of significant depth. While she does not have much dialogue in the game’s reality, the visions and flashbacks show a girl who has battled mental illness all her life along with an abusive father. Through these battles, she emerges a determined woman with the skills of a great warrior. Unfortunately, she still struggles with tribulations in the mind and to move on from the travesties she has suffered.

Sound plays a pivotal role in Hellblade. From the beginning, the game is rife with imposing and detailed audio. Nowhere is this wealth more prominent than in the voices that Senua hears. Often frantic, these voices provide the player with constant updates regarding Senua’s mental state and the ongoing battle in her mind. The voices often serve to reflect the situation, loud and hysterical in moments of action but quiet and unsettling whispers in the eerier moments of the game. Hellblade does not include a lot of music, but its use is superb during these rare occurrences. Primarily arising in the game’s combat set-pieces, loud Viking chants accompany an exhilarating beat. This music plays a pivotal role in creating epic moments. Furthermore, a mysterious song, conjured up by the game’s master of illusion, is cleverly used during a set of puzzles as a way of guiding the player towards a solution.

Ninja Theory visual achievement with Hellblade is to be admired considering the scale of the project. Before moving onto the main graphical success, the breathtaking setting should be discussed. Whilst the setting may not be beautiful in terms of vibrant colour and grand architecture, the aesthetic detail is stunning. The setting is dreary and some may think it bland, but having limited areas for the player to explore means that everything appears to have been gone through with a fine-toothed comb. In addition, the colourless backdrop provides an important contrast to the game’s more vibrant scenes. This brilliance occurs during Senua’s breaks from reality, where light and other distortion effects are used remarkably to portray a feeling of illusion and delusion.

The primary visual triumph is that of the protagonist, Senua. Ninja Theory did not hold back in creating the primary character model for the game. The detail allows the actress portraying Senua, Melina Juergens (who doubles as a video editor for the studio), to put in a truly phenomenal emotional performance. Even Senua’s full body movement is at an immensely high standard, epitomised in her times of distress when she can barely go on and in combat when the movement flows perfectly.

An area where Hellblade falls down slightly is in the composition of all its elements. While the story is engaging, the puzzles are intriguing, and the combat is awe-inspiring, whether they work well together is something to ponder. Ninja Theory stated in an interview with Game Informer that during development the team discovered combat unnecessary to keep the player interested and that engagement could be achieved in other ways. The studio  thoroughly accomplishes this goal through the wealth of stories told and the intricate puzzles, which brings into question whether the combat is required. Initially, this query could be seen as a ludicrous proposition because the combat is so good and provides the game’s best moments. However, for what Ninja Theory is trying to achieve in terms of storytelling, the combat does not align and often feels like the player is having the immersion broken from the narrative to play separate combat sequences.

Despite the lack of cohesion between these elements, Hellblade: Senua’s Sacrifice is a grand achievement. The game development community will surely look to the performance of the game’s sales to decide whether the shorter, lower-budget Triple A game is a viable proposition. However, the game’s quality provides a solid case for Ninja Theory’s experiment being a success. 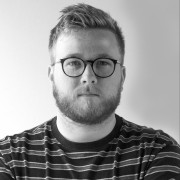