The God of War: Ascension social game has come to a close with the Spartans coming out on top. If you took part in the game, and were on the Spartans side you will be able to access the God of War single player demo on February 20th. Winners and losers alike will get exclusive multiplayer DLC costumes and weapons, which you can look at below.

If you did not take part in the social game, Sony Santa Monica has also just announced that the full single player demo will be available to download on February 26th on the PSN network. If you can’t wait even that long, you could also get the demo by purchasing a blu-ray copy of Total Recall. 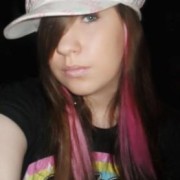 Samantha Earwood
She enjoys the better things in life, video games being one of them. If you can't find her doing her business woman duties, you can find her playing video games or jamming out to some awesome music.

End of an Era – Rock Band DLC Ends in April

New Trailer for Bioshock Infinite Comes out Tomorrow, Get Ready with this Teaser