This month saw the release of FTL‘s “Advanced Edition” which was a new content pack for the already awesome base FTL game released in late 2012. Anyone interested in space sims, board games with a space twist or sci-fi games in general likely already own it, but the Advanced Edition added new ships, weapons, environments and drones, amongst other things. The cost of this update? Zero dollars and zero cents — if you already owned the game then you automatically received the new content, free of charge.

Back in the day (insert old man voice here), extra content was almost always free. Valve in particular garnered a reputation for supporting their games for literally years and years with new updates, gameplay modes and maps. Half-Life, Left 4 Dead, Left 4 Dead 2, Counter-Strike, Team Fortress 2 and others all received such attention, and the cost for these updates was always zero dollars and zero cents. In the naughties though, (someone really needs to come up with a better name for that decade) some of the big publishers decided they wanted to start monetising these updates and knew that gamers might be persuaded into making a $50 / $60 purchase into a $60 / $70 purchase if they could start knocking out content packs for around $10 a piece. With the rapid rise of the Internet, most people were downloading these update packs, and they soon came to be referred to as downloadable content (“DLC”), which is the term we most associate them with today.

I’m not saying that every DLC pack should be free, but it’s certainly nice when it is free though; it makes me think that the publisher actually cares about my business enough to not try to sell me the game twice — or even three times like StarCraft II — and that the developer and publisher are willing to stand behind their game as it is but then give you bonus content for free as a reward for your purchase. That being said, I’ve paid for DLC in the past and had both good experiences (Borderlands, Borderlands 2, Mass Effect 2, Shadowrun Returns) and bad (Mass Effect 3, BioShock Infinite [note: Burial At Sea, Part 1 wasn’t terrible, but it wasn’t great either. I hear Part 2 is much better, but have not yet had the chance to play it]), so I’ve seen this from both sides.

In many ways it’s a difficult line to straddle; you want to give gamers more of the content that they are enjoying — and paying you for — without it looking like a cheap moneygrab, or worse, pull content from an almost completed game, fence it off behind a paywall and then sell it as Day 1 DLC, which is what I continue to believe happened with Mass Effect 3: From Ashes. It’s about treating the consumer with respect and not just considering them an ambulatory bag of money that you can try to siphon by the most underhanded means imaginable. 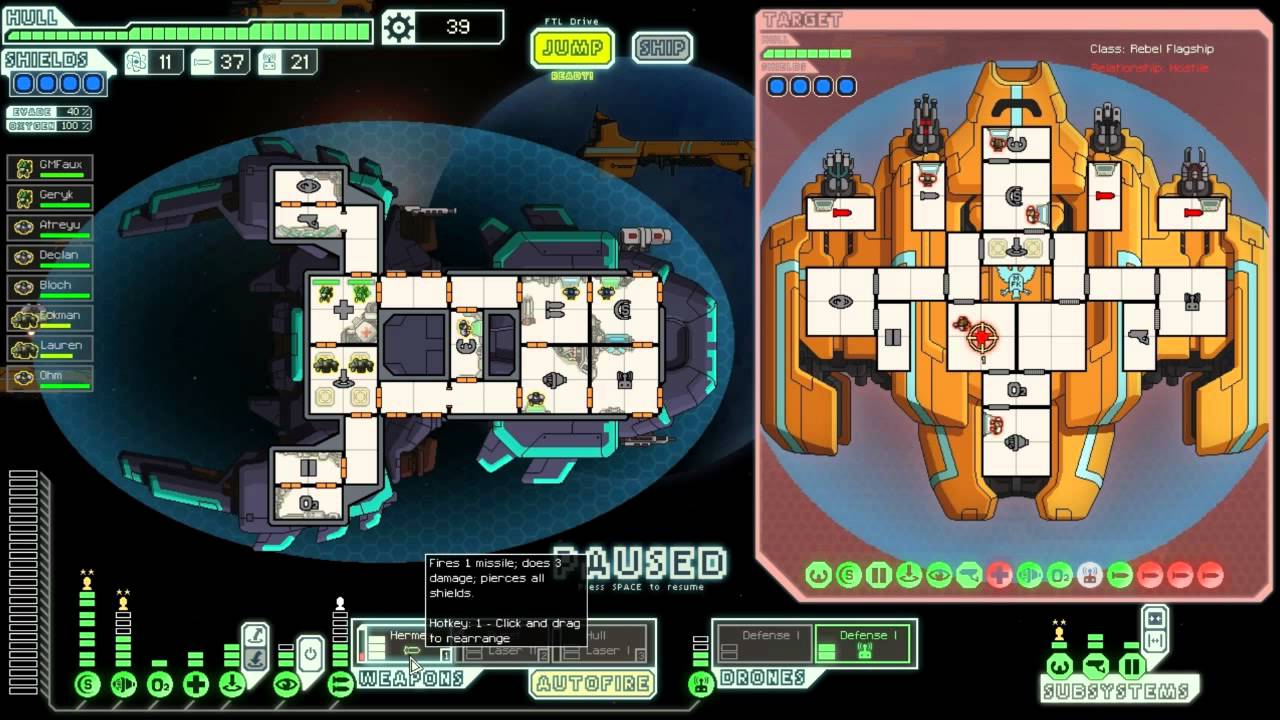 So yes, when it happens I have no problem praising that particular creator, especially when it’s an indie developer such as the two-man Subset Games team behind FTL. Let’s not forget either that FTL was originally funded through Kickstarter in early 2012. Fair play to them — they saw a niche that they believed was not being catered to in the traditional gaming industry and decided to create FTL to plug that hole. Given that FTL has become one of the most successful games — certainly in the indie games category — in the past couple of years, it would seem that their belief was well-founded. I certainly consider it the best $2.49 I’ve ever spent on a game when it was on sale on Steam.

What actually seems to be gaining momentum now are “Season Passes”, grouping pieces of DLC together in a pack and selling them to consumers weeks and sometimes even months before the actual content is available. It’s the latest way that publishers have devised to obtain your gaming dollars. That’s a discussion for another day, however, but seems to be one of the directions that the industry is headed in.

Don’t expect Ubisoft or Activision to start giving things away for free on a regular basis — although perhaps this is where it begins — but with luck, lowly staffers at some of the bigger publishers have taken note of this and will bear it in mind for the future. I guess the bigger question is, have you played FTL recently? And if not, why not? Let us know in the comments below!