At PAX South 2020, OnlySP had the chance to sit down with Frederik Schreiber, vice president of 3D Realms, to discuss Wrath: Aeon of Ruin, Ghostrunner, and the newly announced Kingpin: Reloaded.

OnlySP: So Wrath: Aeon of Ruin is built using the Quake Engine, so it’s similar to another game you published last year, which was Ion Fury, in terms of graphical style. Can you tell me why studios like Voidpoint and Killpixel wanted to go back to this sort of old school graphical style?

Schreiber: I think it’s more of 3D Realms wanting to make games in the engines that we were known for. In terms of Ion Fury, we wanted to make a game in the Build engine, a spiritual successor to Duke Nukem 3D. We were looking for people with expertise in this ancient technology, and what other place to look than Duke Nukem 3D fans who made maps and mods for Duke Nukem 3D? And that’s how we stumbled across Voidpoint. It was just two guys who made a source port of the engine so it ran on modern systems. Got in hold of them, and asked them ‘would you like to make a new game for us?’ We assembled a bunch of fans and a bunch of modders and that’s how Voidpoint came along.

The same thing with Quake and Wrath. What would be our version of Quake with all the game design knowledge we have today compared to 20 years ago? We reached again to who were the experts to the Quake engine. We knew how to make games in our studio, but we had no one with expertise in Quake. It was just too long ago, it would take too long for us to research how everything worked back then. We got in touch with old school Quake fans who were still making maps and mods for Quake. And that’s how Killpixel came along. And that’s how those two games started production.

OnlySP: So if everything is in the Quake Engine, how does development work? Do you only use the old tools in the Quake engine or do you also combine it with new techniques?

Schreiber: We use a combination. The editors we use are combinations of the new and old ones. There was a new editor that was developed called Trenchbroom which is very popular for old school games. Some designers like to use that editor, but some swear to the old tools that they’ve always used. That’s cool, they can use whatever they want. The end result is always: here’s a map for the game. So it’s a combination, whatever people prefer. You can get people on board who never grew past the old school games. ‘Alright I’m gonna stop here and keep making stuff for Quake.’  So that’s all they know, they only know the old tools.

OnlySP: Personally, I’m in this weird period where I was too young to remember the first Doom, but I’m old enough that I remember Doom 3. So this game will definitely appeal to gamers who grew up during a time like the 80s, but how do you think this type of game will appeal to a new crowd or a younger crowd right now?

Schreiber: We actually saw evidence of this. We were at a show last year with Ion Fury. A lot of 8-12 year olds came. They sat down and played Ion Fury, and I asked them, ‘Hey, what do you think about playing a game with old school graphics?’ and they had no idea what I was talking about. For them, old school was Call of Duty: Modern Warfare 3 or Gears of War 4 so they just saw it as an artistic choice like Minecraft. They don’t know that Minecraft looked old. So it made us realize that these people don’t think they look old except for 30 or 40 year olds who played these as kids. But kids nowadays think it’s just an art style choice which is super cool. Ghostrunner really reminds me of games like Mirror’s Edge with its parkour mechanics, Dishonored with its combat, and Titanfall with its wall running. Can you tell me the inspiration behind this game, and how all of these mechanics work together?

There’s a lot of inspiration behind Ghostrunner. The purpose of these mechanics working together is to create a first-person Cyberpunk version of Hotline Miami. You play as a ghost, which is this cyborg samurai, so a lot of mechanics had to fit with that. The wall-running, the sliding, with the sword, etc. And we played around with a few mechanics in order to improve the gameplay a bit in terms of slowing down time.

Hotline Miami is a game where you enter a room and you have a certain amount of enemies. It’s one hit one kill. It’s the same here, but with your abilities as a cyborg, you can now dash around bullets. You can do all of these ninja type movements but in a cyberpunk setting. It’s similar to a game that One More Level did a few years ago called Gauss Trigger. It’s also kind of like Hotline Miami in some ways, it’s this game where you enter a room and have 15-30 seconds segments and you die, instantly restart, try things a bit differently, die again. It’s constant trial and error until you finally get past that area. It’s the same game as Ghostrunner but in a brand new setting.

OnlySP: Ghostrunner takes place in a Cyberpunk setting. So are games like Deus Ex and Cyberpunk 2077. Can you tell me why you think the Cyberpunk concept is so popular?

Schreiber: I think it’s always been popular but now there’s a specific Cyberpunk setting which gets more and more popular, it’s the rusty, mechanic, old Star Wars, Blade Runner style. It’s less clean, holographic, or sci-fi. I think it’s becoming more and more popular because it’s retro, old school, and it looks more grounded. It’s always been a popular genre but nowadays because people are looking for something new and this is the new thing.

OnlySP: I actually think a game like Ghostrunner would be great in VR. Has virtual reality been a topic that maybe has come across the minds of the developers and publishers?

Schreiber: Maybe. It’s not something we dive into just yet. Right now, we’re just focused on consoles and PC. Maybe in the future? Who knows! 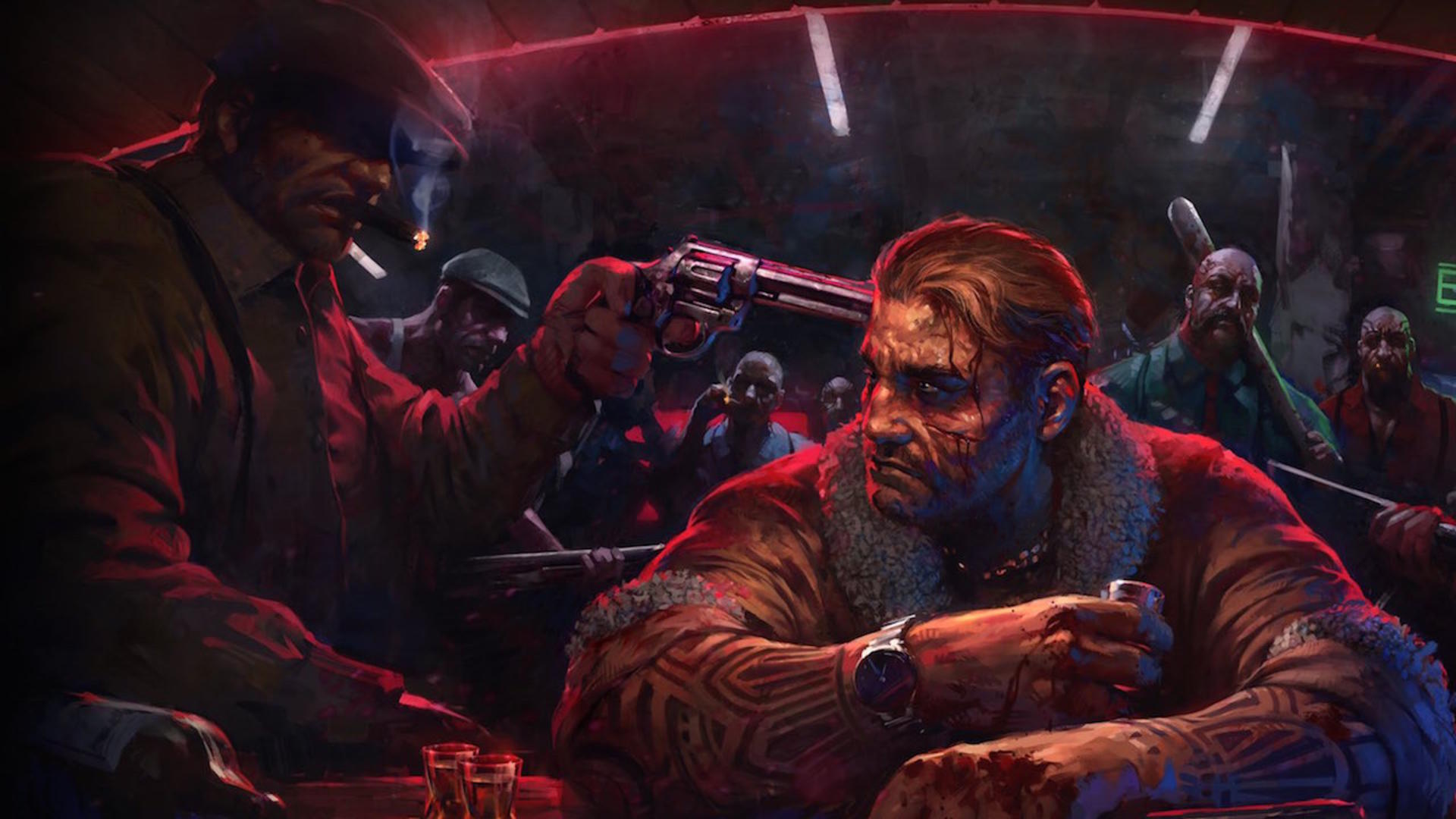 OnlySP: For Kingpin: Reloaded, I want to touch on some new features you mentioned. There’s going to be a Classic and Enhanced mode, as well as a new quest system. Can you go into detail about that actually means?

Schreiber: The old game from 1999, is an example that had a lot of brand new ideas never seen before, but they weren’t quite executed to perfection because the technology of the time wasn’t there. The Enhanced mode will live up to the potential of those features. For example, the new quest system. In the original game, there were quests, but since the UI wasn’t fully developed, you had no idea what to do unless you remembered what someone randomly told you.

It was a lot of trial and error. So we’re going to develop an actual quest system. This is what the character told you that you need to do, so that’s what you do, and now you’ve done that thing. There’s also going to be widescreen support, 4k support, brand new lighting, and new shadows. Enhanced mode basically makes the game look better but also implement quality of life features that weren’t possible back then. While the classic mode will be the completely untouched original game.

Schreiber: That means exactly just that. The [original] game was way too difficult in many areas. That was simply due to the game not being balanced correctly. Some enemies took up to 30 shots with a pistol to die. And for other weapons, if you upgraded them you could just one shot kill everyone. It became really hard or really easy, and so there was no balance. So we’re going to rebalance it so it makes more sense and that there’s a natural progression of difficulty. So you can actually learn the different mechanics of the game before it gets more difficult.

OnlySP: When do Ghostrunner, Wrath: Aeon of Ruin, and Kingpin: Reloaded all come out?

Schreiber: Wrath is out in early access now, release later this year. Kingpin we are expecting summer this year, Ghostrunner will be late this year. No specific release dates yet.

Schreiber: I don’t think it’ll change that much. The current generation didn’t change too much from the last one except for more horsepower. They did try new gimmicks, like Kinect. That failed. They tried VR, not too many people playing with VR. I think the next generation will go back to the roots, getting more power and make games with high fidelity at 4K as a true option now. That’s really all they’re doing. You can see Microsoft and Sony going into PC games. You have that rumor that Horizon: Zero Dawn is coming to PC. Microsoft does all of their games on PC and Xbox together.

So I think that consoles nowadays are going to be more as companions rather than ‘this is the next generation thing. You can’t get this experience anywhere else as good as this, not even on PC.’ That’s how it used to be for Xbox 360 and PS3. There was a time they said that PC was going to die. The PS3 and 360 were the best place to play games. It’s not like that anymore, so I don’t think this next generation will be a huge leap, just an improvement on performations. For 3D Realm’s games, we want to bring all of our games to all platforms, so hopefully, when we get dev kits, we’ll play around them.