The Elder Scrolls V: Skyrim has seen a lot of mods since its original release, but none is as unique as what modder and Reddit user UniqueUses has been working on for the past while, which he only recently unveiled.

Taking both to Reddit and Imgur in order to show it off, UniqueUses has been working on making Skyrim looking like it was a Pixar movie by changing its graphics, and the results are amazing.

Speaking on a thread on Reddit, the modder has said of his Skyrim mod:

“I’m basically making my own potato texture mod, with an enb [a visual mod] and weather that goes with it to help hide that ugly lod [level of detail]. I like the potato texture style, but I think a lot of fixing up needs to be done for it to be playable. So I’m going to attempt to make things like signs and faces readable but still fit the potato style. For example, certain puzzles need to be seen, so I’m going to edit those.”

“The performance is worse because of the ambient occlusion. If I were to turn it off then performance would be way better than vanilla skyrim at any settings, but it would definitely lose some detail. With that being said, it’s still an easy 60 fps on my gtx 760.”

Potato texture refers to a simplistic graphics style. It’s often deployed to try and get games like Skyrim running on lower-end hardware. According to UniqueUses, the mod isn’t currently available, due to some issues the modder is currently working on, but it will apparently be available on Nexus Mods at some point in the future.

Currently called “Toon Skyrim” by its creator, the mod may be a while before it’s actually released, due to some of the issues that UniqueUses has outlined – playability, puzzles, faces etc – but the current crop of photos that the modder has posted up on Imgur. 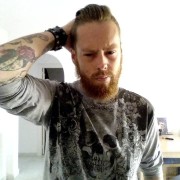 Everspace is a Single Player Only Game, Could Come to PS4 and Xbox One via Stretch Goals