Midgar Studio has released a new update on the development status of Edge of Eternity, breaking a four-month spell of silence.

By all accounts, development on the project is progressing smoothly, with several key elements being foregrounded in the update. Foremost among these is a rewrite to some areas of the storyline, intended to make Edge of Eternity “more mature and surprising.” In addition, the team’s writer has altered the history of several characters in order to better provide insight into their personal struggles.

Another major focus of today’s update is the hiring of a new environment artist, who is working to better balance the science-fiction and fantasy elements of the game’s world, Heryon. A small selection of her work is included below: 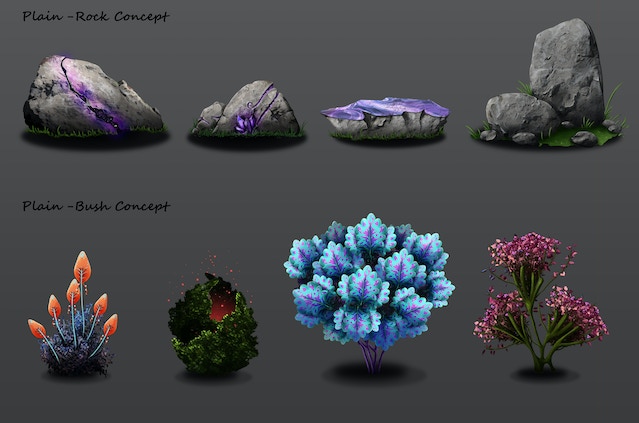 Finally, the team has stated that development has been slightly slower than normal over the past few weeks, as many of the core team members have been helping Fusty Game, a secondary team within Midgar Studio, to finish and polish its project, Hover: Revolt of Gamers, which is scheduled for full release on May 31, 2017. Hover: Revolt of Gamers is a very different proposition from Edge of Eternity, being a futuristic parkour-based game that challenges players with overthrowing a tyrannical regime.

With that project now finalised, Midgar Studio is returning to full production on Edge of Eternity, with a promise that the game “will be available in a few months,” though exactly when has not been confirmed.

Edge of Eternity first garnered attention with an extremely successful Kickstarter campaign back in early 2015. The game has suffered a protracted development period, but is slated to release on PC, PlayStation 4, and Xbox One later this year.

OnlySP will continue to follow the latest news on Edge of Eternity, and much else from the world of single-player gaming, so be sure to bookmark us and follow us on Facebook and Twitter.

Damien Lawardorn
Damien Lawardorn is an aspiring novelist, journalist, and essayist. His goal in writing is to inspire readers to engage and think, rather than simply consume and enjoy. With broad interests ranging from literature and video games to fringe science and social movements, his work tends to touch on the unexpected. Damien is the former Editor-in-Chief of OnlySP. More of his work can be found at https://open.abc.net.au/people/21767

Prey’s Talos I Designed as a Holistic Space