Every year, developers from around the world gather in June to showcase their most secret and anticipated projects. In the months leading up to E3, gamers witness the spectacle of influencers and industry veterans discussing the rumors of what might be, further fueling their desired announcements come to life. In the spirit of fun and excitement, E3 allows for the passion of gaming to be broadcast on a world stage and recognized for its influence on the entertainment industry.

Now that the industry is approaching the eve of E3, OnlySP is counting down the days remaining in a segment we like to call ‘12 Days of E3’. Please join OnlySP in celebrating an event that can be described as Christmas for Gamers, as we come together in anticipation for E3 2019!

Xbox is in need of a win right now. After being behind Sony’s PlayStation 4 for an entire generation at a sales ratio of 2:1, Xbox needs to nail its E3 2019 briefing. Sony has decided not to attend this year’s show and, with Nintendo not having had a proper press conference in several years, Microsoft is left as the only platform holder to have a stage presence at E3. With Sony gone, Microsoft has a chance to shine and show gamers why the Xbox ecosystem is worth investing in.

The prevailing narrative surrounding the Xbox One has been its lack of critically acclaimed exclusives. Sea of Thieves, State of Decay 2, and Crackdown 3 received mediocre reviews. High-profile games such as Phantom Dust and Scalebound were also cancelled, adding more fuel to the fire around the Xbox’s problem with exclusive content. However, Microsoft has expanded its first-party portfolio in recent years, acquiring studios such as Ninja Theory and Playground Games, as well as also opening up a brand new studio, The Initiative. Rumors are circulating that Ninja Theory’s next game, codenamed Bleeding Edge, will be revealed at E3, too.

Playground Games is also strongly rumored to be working on a new Fable, and that could certainly see its own reveal. Microsoft will likely continue its shopping spree as there has been speculation that the company is also looking to acquire IO Interactive, the studio behind the Hitman series. A common theme surrounding the studios that Microsoft bought is that they lack finances and being under Microsoft’s wing ensures stability. Ninja Theory provided the same reasoning and so did another studio Microsoft acquired—Obsidian Entertainment.

Given that IO Interactive’s latest release, Hitman 2, underperformed commercially, the studio may consider joining Microsoft. On top of the rumors and speculation, more information about Halo Infinite and Gears 5 will most likely be shown, as the latter has had its cover art and potential release date leaked recently. While Microsoft missed the boat on critically acclaimed new franchises this generation, the company has learned from one of its biggest mistakes. As such, E3 2019 is the perfect time to show that Microsoft is investing in compelling worlds and characters for the Xbox. 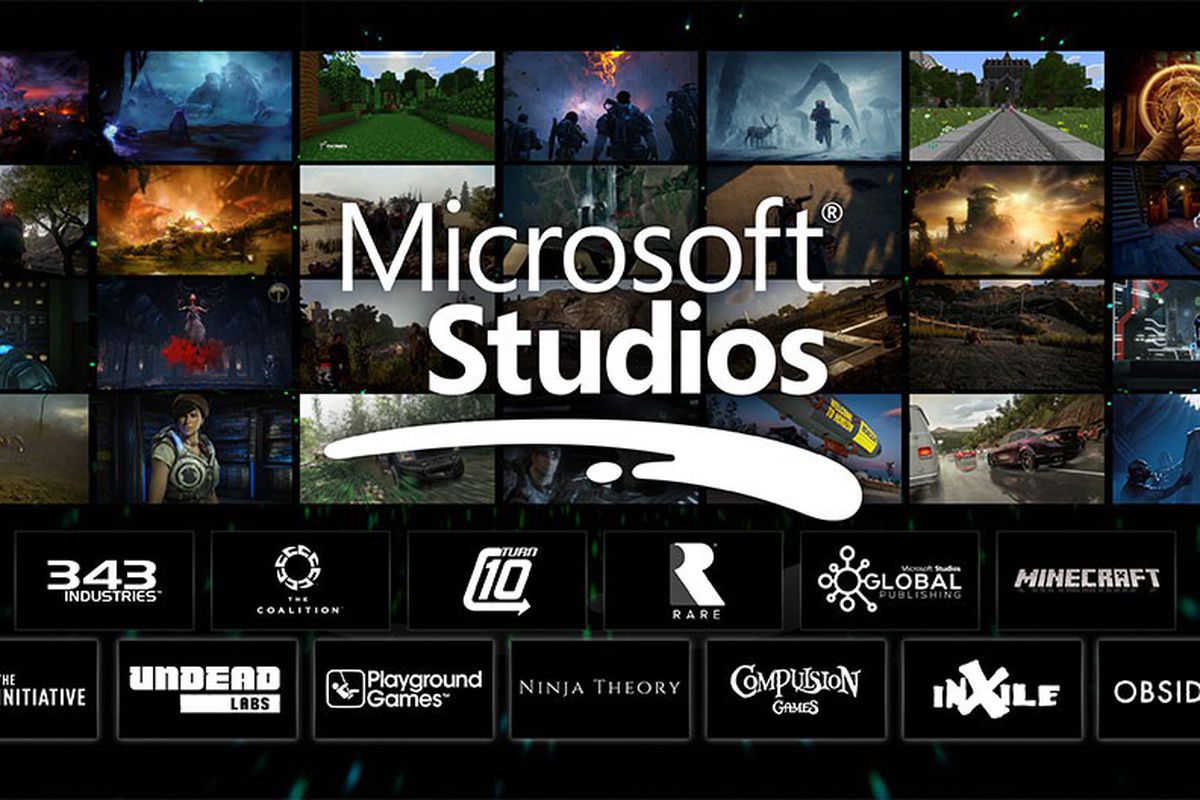 Another significant component that Microsoft is investing in is game streaming. With the introduction of Google’s streaming-only game platform, Stadia, cloud computing seems to be an integral part of the gaming industry going forward. In fact, Sony and Microsoft recently announced a strategic partnership to explore streaming technology using Microsoft’s Azure servers. Microsoft is well positioned to unveil more details at E3 2019 about its streaming endeavour, xCloud, given that the beta for the program is reported to start later this year. Additionally, rumors abound that the Switch will receive some sort of integration with Xbox Live and Xbox Game Pass, which may provide a much-needed backbone to Nintendo’s lackluster online infrastructure. Even Xbox boss Phil Spencer commented on Google Stadia in an internal e-mail when it was announced back in March at the Game Developers Conference:

“But I want get back to us, there has been really good work to get us to the position where we are poised to compete for 2 billion gamers across the planet. Google went big today and we have a couple of months until E3 when we will go big.”

In a Twitter post, Google said more details about Stadia will be revealed at E3 this year, but Microsoft has almost two decades worth of experience in the gaming industry. With the two other juggernauts of the game industry seeing the value of Microsoft’s data centers and online infrastructure, it could well be at the forefront of game streaming in the future.

With the next generation of consoles rumored to arrive in 2020, Sony has already shown off some of the perks of the next PlayStation. Not to be left out of the conversation, E3 provides a great stage for Microsoft to provide details about its next-generation hardware, reportedly codenamed Scarlett. At the beginning of this generation, Microsoft lost the battle of both price and power, announcing the Xbox One to be slightly weaker and USD$100 more than the PlayStation 4.

Therefore, Microsoft aims to find success in hitting both the price sensitive market and the hardcore gamer crowd. The Scarlett is rumored to split into two systems, codenamed Anaconda and Lockhart. Lockhart is slated to be the cheaper version, much like the Xbox One S, while Anaconda is the more powerful and expensive Xbox One X-style console. The Xbox One X is currently the most powerful console on the market, and reports are noting that Microsoft intends to keep it that way, as the next Xbox is rumored to be more powerful than the next PlayStation. As with Sony, Microsoft will most likely reveal only cursory details of the next Xbox, such as specifications this time around, but E3 offers a great opportunity to show off the future of the Xbox ecosystem.

Xbox has quite big shoes to fill given that many of the major platform holders and publishers will not be at E3 this year, but Microsoft should have no problem delivering some big reveals about the future of the platform. At E3 2018, Phil Spencer reiterated Xbox’s commitment to first-party content, game streaming on any platform, and how Microsoft’s engineers are hard at work developing the next family of Xbox consoles. This year, Microsoft will likely give us a taste of what is to come in the future on Xbox.

Death Stranding Has No ‘Game Over,’ Killing is Discouraged