Over on the PlayStation blog, Sony revealed a custom PlayStation 4 Pro for the exclusive. The console will have a custom design: two BT handprints that represent the shapes of the world’s continents are marked on the top of the console and the middle stack is black, compared to the top and bottom stacks, which are white. Additionally, the DualShock 4 wireless controller is an orange translucent reminiscent of the game’s BB Pod. 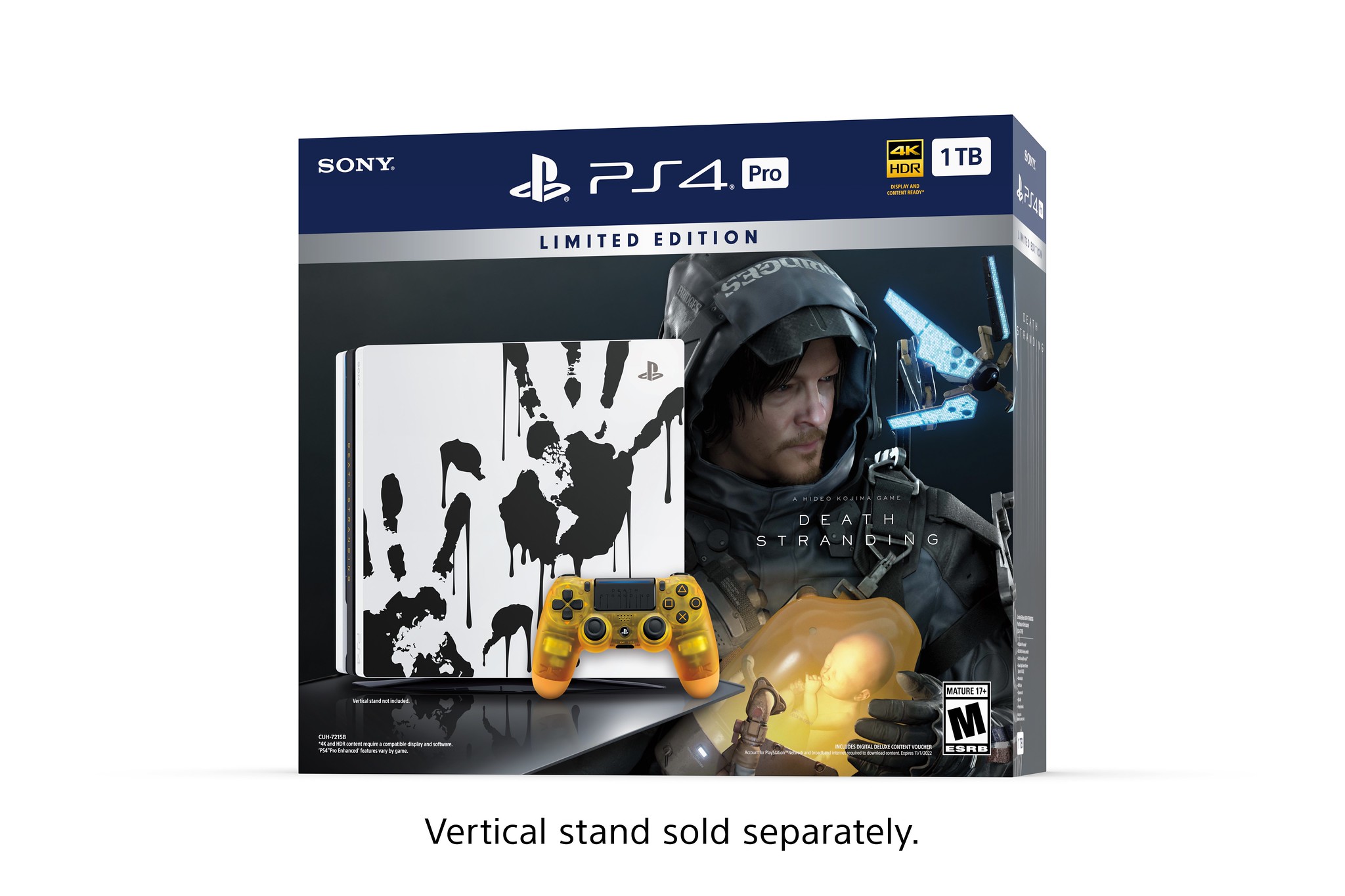 This Limited Edition PlayStation 4 Pro will have 1TB of storage and will come with a physical Blu-Ray copy of Death Stranding. The bundle will cost USD$399.99/CAD$499.99 and will release on November 8, 2019, the same day as Death Stranding.

Kojima noted that the game is a metaphor for Trump, America, and the EU. OnlySP’s Damien Lawardorn wrote about Death Stranding in a Tokyo Game Show 2019 Week in Review saying, “I believe in Kojima.”

For all the latest from the world of single-player gaming, be sure to bookmark OnlySP and follow us on Facebook, Twitter, and YouTube. You can also join the discussion in our community Discord server.