An accidental listing on the PlayStation Store has leaked the title of the next Call of Duty game.

Following previous hints dropped by game industry insider Shinobi about the next Call of Duty game making Black Ops III feel like “the Stone Age”, a listing on the PlayStation Store has been found dropping the name, Call of Duty: Infinite Warfare.

The game is going “full on sci-fi” and will even apparently include space combat (think No Man’s Sky), according to  Shinobi. After the poor reception of Call of Duty: Ghosts, it will be interesting to see what Infinity Ward is planning for this year’s Call of Duty to restore some relevance to their name.

Eggbok: Wasn’t Ghosts already sorta futuristic though? Not to the level of Black Ops 3 and Advanced Warfare but still there.

shinobi602: This makes Black Ops 3 feel like the stone age.Metaphorically of course.

El_Chino: Are we talking Battlefield 2142 style?

A full reveal has been rumored for this upcoming Tuesday with the first gameplay footage being shown off at E3 this June. Stay tuned to OnlySP on Facebook and Twitter for further updates regarding Call of Duty: Infinite Warfare as we have them. For now, treat this as a rumor until we have a confirmation from Activision or Infinity Ward. 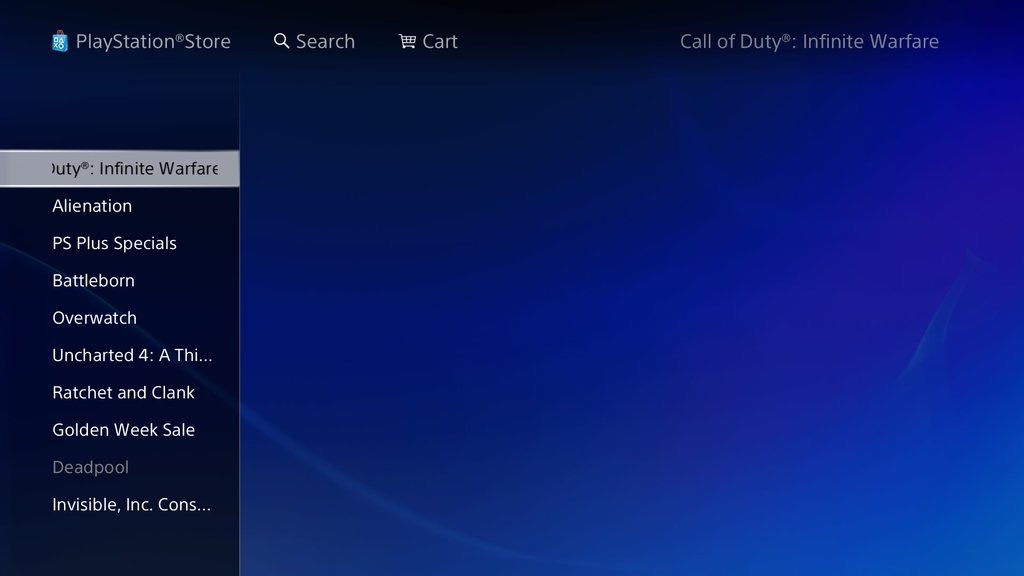 New Gears of War 4 Screenshots Released, Show Off Environments from The Campaign and More