Oh boy, the internet may be set ablaze if this probable rumor proves to be true next Tuesday.

The box art doesn’t tell us which Call of Duty: Modern Warfare is being remastered, however. It could be just the original or it could be all three.

Our most trusted insider, Shinobi602, also chimed in on the NeoGAF thread to pretty confirm the news that Infinite Warfare does come with a remastered version of Modern Warfare. What the remastered version will include remains up to speculation, however. It’d be a bit odd to have the multiplayer return when trying to get gamers to move to the latest installment in the franchise, so we’ll just have to wait and see.

You can read up more on Call of Duty: Infinite Warfare here as details were previously dropped by Shinobi about the game a couple weeks ago. A full reveal is expected this coming Tuesday, so be sure to tune into OnlySP then for more updates.

Until we have a final confirmation by Activision and Infinity Ward, treat this as a rumor for the time being. 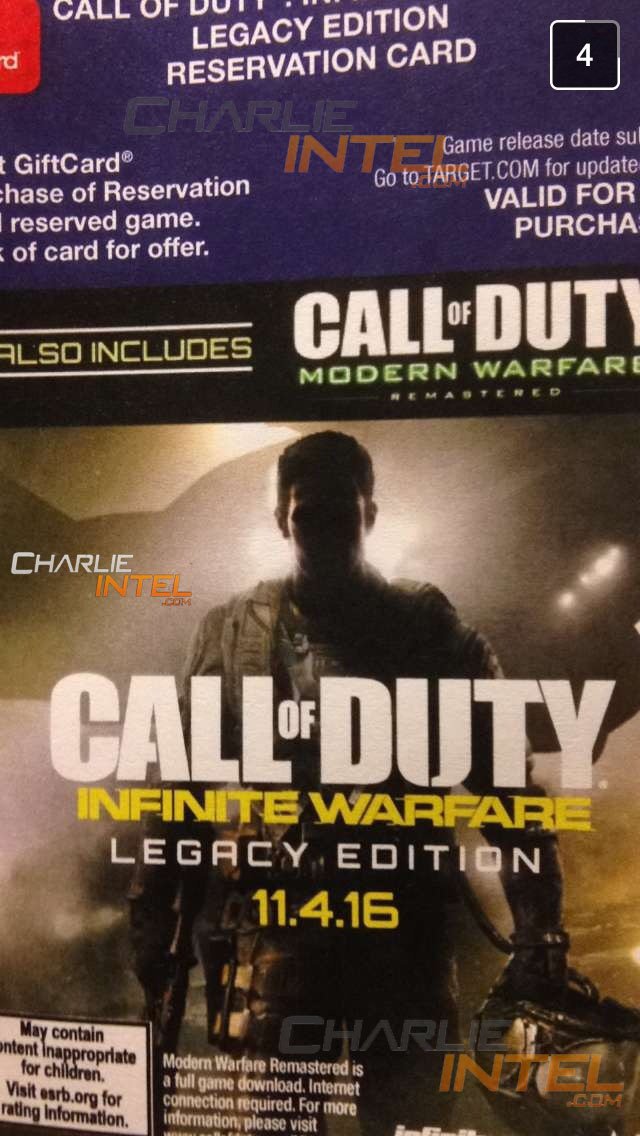