You won’t really know the meaning behind the title of Vagabond Dog’s new story-based game of fate and redemption, Always Sometimes Monsters, until its closing moments, but you can rest assured the game will teach you in its own 30-day time. Throughout your 8-10 hour journey, you will discover facets of yourself and humanity you wouldn’t think a video game could show you. Though it presents itself as a simple, 2-D, sprite-based adventure like the 32-bit RPGs of yore, ASM transcends genre classification and delivers a singular experience unlike most you will find in the interactive entertainment medium. More akin to a John Hughes film or a text adventure game than anything else, ASM will keep you engrossed right down to its last minutes, despite its few minor shortcomings.

The game opens with a mysterious pair of dangerous men walking through a back alley, when suddenly a masked figure approaches and forces them to listen to a story, your story, at gunpoint. That story begins at a party where a young publicist wants to sign on an amateur, talented writer for a new book deal. You choose the identity of that writer as well as that writer’s significant other from several preset options, and that writer becomes the character you will control for the majority of the game.

Flash forward a year, and that young, talented writer’s life has hit rock bottom. The significant other has left you for another person, you have only a dollar to your name, your book deal has all but fallen through, and you have no way to pay last month’s rent. But one scrap of hope appears, a letter inviting you to your ex’s wedding, which will occur in just 30 days. Why your ex would ever want you to come to the wedding remains a mystery, but you decide to journey to the wedding anyway and attempt to win the love of your life back in a race against time and destiny.

That road lies chock full of tough choices you must make, though, and you will never know the consequences of your choices until those events have already carried out, much like real life. As the miles and days wear on, you will mold your character into a unique person with a harried history of choices that don’t fall easily into categories of pure right or wrong, and other characters will judge you based on those choices, whether you can justify them or not.

Always Sometimes Monsters wants you to make decisions and, often, you will have to make questionable ones for either your own good or the good of a loved one. Its wide scope of player agency makes ASM intensely fun to play during the myriad conversations you will have with the game’s large and varied cast. Most of the time, you will work towards saving up enough money to get to the next city on your way, but how you do so ranges from selling dogs to making tofu to rigging an election, etc.

These kind of real world choices make the game feel alive, and you will come to care for many of the supporting characters. Unlike the real world, though, ASM gives you the freedom to make bad choices and watch events unfold without endangering your real-world self. Because you can save at any time outside of dialogue, you can redo every major decision to your heart’s desire and see how each will play out. Ultimately, ASM’s creators, Jake Reardon and Justin Amirkhani, made a very self-aware video game, and as such ASM pulls no punches in referencing itself, Vagabond Dog, and other games and pop culture media that came before it.

At times, the lengths that ASM goes to to be self-referential, meta, and otherwise clever can feel a bit ham-fisted and distracting, but that really depends on your own personal taste. These moments do help to break up the story, though, and provide some much-needed entertainment and reward when you just want to explore ASM’s world and look for secrets, of which ASM has no shortage. For example, you can find a total of 60 hidden Indie Heroz collectible figures throughout the game, which each reference a  recent indie title like Hotline Miami or Organ Trail.

The developers themselves also make frequent appearances throughout the game; you will find them in a coffee shop in each town you visit and can hear what they have to say. You can even go inside VD studios and play some lovingly-archaic spoof arcade games like Coldline Toronto and Crappy Dog. You can avoid almost all instances of these side distractions if you want, and none of them ever really detract from the game or the main story. I suggest you play Mega Rasmus at least once, though, if only to hear the announcer say “I am Rasmus Man!” after you finish a level.

Besides fun and decision-making, Always Sometimes Monsters places a heavy emphasis on learning the benefits of manual labor and living an honest life. I respect VD for trying to implement this in a game, but the way they go about it feels monotonous and boring, much like real work. Maybe VD wanted work to feel as realistic as possible, but when the job sections of the game interfere with the main story and hinder your progress, they become problems and just plain uninteresting mini-games to slog through. Pulling levers in the same sequence over and over and cleaning up garbage could have been fun if VD had designed them differently, but, sadly, they just feel like bare-bones padding.

The game’s biggest timewaster that I saw happens about halfway through the game, when you have to move boxes from one side of the room to another, with only the protagonist’s occasional commentary to interrupt the tedium. These sections usually only come up when you need to make some fast cash, however, and the average playthrough probably won’t spend much time on them. They just feel like wasted opportunities, and they mar an otherwise innovative and joyful experience. Other small annoyances include some infrequent graphical glitches and the stamina bar, which feels like it exists only because the developers wanted something else for you to spend your hard-earned dollars on.

Minor gripes aside, ASM presents itself remarkably well. The retro 80s soundtrack fits perfectly with the setting and tone of the game and will keep your head bobbing during even the most lackluster sequences. The art design, while somewhat plain, seems right at home with the subject matter, and the character portraits that pop up during dialogue sequences go a long way towards immersing you in the story. The menu system tells you exactly what you want to know and harkens back to games like Final Fantasy and Earthbound, further cementing the retro aesthetic. The PC version lacks in-game controller support at the moment, but VD could easily fix this with a forthcoming patch. The 30-day cycle keeps you moving and motivated without ever feeling too constraining, though you always have the opportunity to fail, and this makes the game truly intriguing.

Always Sometimes Monsters grabbed my attention and sucked me in from the second my protagonist stepped out of her dingy apartment and into a dog-eat-dog world of regrets, hardship, hope, and love. While each playthrough will eventually come to a head in the same location and at a similar wedding, the choices you make along the way will define who your character is and what relationships you build.

Though parts of the ending can feel as hackneyed and coincidental as a soap opera, you likely won’t care, as by then you will have long ago begun living vicariously through the eyes of your hero. In between days, you will play out flashbacks in dream sequences that further flesh out the story and provide some of the game’s most memorable scenes. Vagabond Dog’s creation doesn’t reach perfection, but it does touch on too-close-to-home subject matter that most developers would much rather avoid. In an era of video games where story and emotion get looked over in favor of frame rate and resolution, we need more games like ASM to validate the legitimacy of this art form and encourage the rest of the industry to mature in the same fashion. Personally, I can’t wait for a sequel so I can make bad decisions, tempt fate, and learn more about myself as a player and a human being all over again. 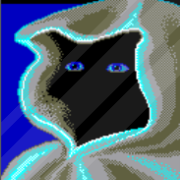 Nick Burnham
Nick Burnham is a musician, gamer, and writer living in Salt Lake City and recently graduated from the University of Utah with his Master's in Trombone Performance. He grew up in a small town in Iowa but prefers the big city life. He loves games with deep stories and deep mechanics and believes the best games have both. His favorite game of all time remains Wizardry 8 and he's still holding out for a proper sequel. Hit him up on Twitter for all things nostalgic, silly and serious, or if you just want to talk DOTA 2 strategies.

The First English Danganronpa 2 Trailer is Out